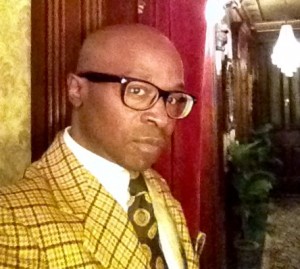 Mr. Bayne is currently the Senior Education Officer at Go Africa Network Inc., a retired veteran New York Educator, dean and counselor with decades of diverse experience in education development. Mr. Bayne has taught English as a Second Language (ESL) to diverse populations of New York City. He has select training in education resources, employment and health service networking. Mr. Bayne has worked for CBS in media production, The New York Public Library in information research and  as a corporate consultant.

Mr. Bayne has coordinated education programs at Montclair University’ s New Jersey School of Conservation; Stanford University and Berkeley University summer programs with the Student Conservation Association (SCA). He has worked as a manager with the 1996 Summer Olympics at Georgia Tech in Atlanta. During the summer games at GT he coordinated a track and health education seminar with Olympic track star Carl Lewis. Mr. Bayne was also a track, tennis and football athlete in his youth.

Working in education to improve the individual, community and global network is his sole concern. Mr. Bayne holds a MA in Teaching and Learning from Kaplan University with President’s List Honors. He is proud to have attended Pennsylvania’s historic Lincoln University, where he earned a BA in English. Mr. Bayne was a contributing writer,editor and researcher for the university’s scholarship driven book published in 2012 “An Unfailing Legacy” discussing the Barnes Collection of Art. He has a passion for African art and culture of the African diaspora.